For many secondary students, science class dissection is a rite of passage. There is sense of validation…a cultural accomplishment. It’s another check on one’s life list.

“I can remember the smells of formaldehyde, the carefulness of using scalpel and tools, and even the ickiness of digestive liquids in the stomach of the pig,” says Andrea Hennings.

Hennings is a graduate of Trent University, holding both a Bachelor of Science and Bachelor of Education with teachables in Biology and Geography.

She vividly recalls her initiation into dissection.

“This was a one-time experience in my high school and to me it felt like a rite of passage…I felt a little squeamish at first. This was my first time dissecting. But I thought it was fun, new, and hands-on, which is one of the best ways that I learn.”

Hennings says that experience has helped her in her role as an educator. Currently, she travels from school to school throughout the province, speaking to students about invasive species as well as healthy habitats and biodiversity. She believes the hands-on involvement she received in school has helped her in understanding the impacts of the environment on certain species; that it makes her a better teacher.

But there are others in education who believe just as strongly in alternatives to animal dissection; that there are economic motives for considering something different, not to mention ethical reasons as well.

And for those opposed to the practice of classroom dissection, those pressures—coming from both the board budget level and the consciousness of the students themselves—are good reasons to consider anatomical models or digital programs.

John Vince is a science teacher at Frontenac Secondary School in Kingston. He experienced dissection as a student at both the secondary school and university levels, and he’s had to instruct other students in the same way. Today, he struggles to justify the need and cost of letting high school students cut into animal samples.

“At most schools, science budgets are being more and more pinched,” he says. “It’s an expensive use of dollars for short-term gain. When you buy these $30-a-piece pigs, that’s a lot of money for most of our schools.”

Ethically, he says it’s hard to justify as well.

“We are seeing that more and more, kids are aware of issues around factory farms…issues around how the animals are harvested or produced. I’m just not sure if that makes the most sense.”
Certainly, there are societal pressures around the topic of dissection in the classroom. The People for the Ethical Treatment of Animals (PETA) has weighed into the discussion. “Modern teaching methods—including interactive computer simulations and clay models—save animals’ lives, cost less than animal dissection, are suitable for all students, and are more effective than animal dissection,” PETA claims.

They’ve extended that message both to the public and the education sector, promoting alternatives to animal dissection.
According to PETA, “in nearly every comparative study ever published, students taught using non-animal methods such as interactive computer simulations tested as well as or better than their peers who were taught using animals for dissection and other animal-based exercises.”

Instead, it lobbies for methods such as narrated software programs with physiology animations or well-labeled anatomical models that allow students to learn “more efficiently, without being distracted by the gore of cutting up dead animals and trying to differentiate the discolored body parts.”

They also believe that by using models or animations, each body system can be studied and virtually dissected repeatedly until students are confident with the material.

And it’s not just PETA pushing for change. The New England Anti-Vivisection Society (NEAVS) is a US-based, national animal advocacy organization dedicated to ending the use of animals in research, testing, and science education. They go so far as to advocate for “cruelty-free classrooms” and suggest that involving animal use may have negative psychological effects on students.

It’s difficult to ignore the economics of virtual alternatives. The Physicians Committee for Responsible Medicine (PCRM), a Washington-based non-profit that includes physicians from around the globe, investigated the costs of using animals versus alternatives in biology classrooms.

“New programs offer stunning educational advantages while reducing costs and decreasing reliance on animals,” according to PCRM. It says alternatives cost thousands less than dissection, last for years, and several groups of students can use them simultaneously during each academic year.

For example, it puts the five-year cost of virtual frog dissection at just under $2,100 compared to almost $2,400 using animal samples. Over the same period of time, it estimates the savings in fetal pig dissections versus virtual education at as much as $2,600, and for cats the savings could reach $4,200 over a five-year period.

Then there’s the growing business sector specializing in dissection alternatives who are capitalizing on that ethical wave. Programs such as Visual Frog, CatWorks Virtual Dissection, and Froguts Fetal Pig are finding welcome space on school-based hard drives.

That’s something Vince can appreciate.

“Every teacher is different in how they approach (dissection)…how they handle it.” Vince says the curriculum has changed over the past decade and expectations are quite different now. Often, it’s only a small part of the Grade 11 curriculum, he says, and it allows for alternatives such as computer simulations and the use of anatomical models.

“There are always some students who look forward to it and some who are apprehensive.”

“It’s difficult to tell a student you have to do it when the curriculum offers three choices. Typically when they do it there are kids who don’t want to. They can work in another room on a virtual model.” It’s also one reason why students are put into groups of three or four for animal dissection. There might be one or two who really want to do it and then the others can observe.

“I just don’t know how useful it is. When I taught biology, we didn’t do it anymore. I just don’t think it’s worth it.” There’s the argument that students going on to vet school or medical school would benefit, but he says that’s not the case with most in the classroom.

“What you want the student to get out of it is the relation between the various systems…the relationship between the circulatory system and the respiratory system. But the online frogs have been around for a while now and they are getting quite good. You can buy fairly detailed mounted anatomical models that are just as good. And when you have a large class just hacking away at the animals, are they getting anything out of it anyway?”

But those that did participate took great interest, she says. And she feels it better prepared her for further dissections in university. “We dissected a pigeon, a shark, a rat and a mudpuppy, and each person in the course had their own. Each week we would learn the different systems of the body; integumentary, skeletal, nervous, muscular, cardiovascular and respiratory, reproductive and digestive systems.”

“It was a difficult course to remember all the different systems, their anatomy and in different types of species, mammals, birds and amphibians. The hands-on experience and carefulness that I took with the specimens and my learning were greatly enhanced by using previously living animals.”

Hennings does believe that electronic or digital models can help students who do not feel comfortable with actual species dissection or feel morally wrong about it. “Actually, I’m glad there are alternatives because I know students in my future classrooms might prefer using these methods. But I find that actual species dissection as an experience is valid and might not be achieved in an electronic setting.”

“I see the point of view of using animals grown just for dissection as bad ethically but I never had these feelings during my dissection experiences. I still feel students can learn significantly more from the hands-on experience.”

Vince says he can respect that there are two schools of thought. “Some of my colleagues would argue that well, do you want a doctor who has never cut into that, but really anyone who is going to be a doctor is going to go on and take anatomy courses at university. And they’re going to work on actual human cadavers and get that experience there; that is a lot more relevant.

A peak into the world of virtual dissection
I guess I expected it to be a little like the old game of Operation.

Remember how you had to use a set of tweezers to carefully remove organs from Cavity Sam, fearful that if you weren’t careful enough, his red lightbulb nose would illuminate and you would hear a shocking buzzer sound?

Well, online dissection is nothing like that. But if you are interested in virtual organ examination, it can still be fun.

It’s been a decade or two (maybe more) since my high school biology teacher provided an opportunity to slice into a frog, all in the name of science
of course.

We each received photocopied diagrams ahead of time to tell us what we could expect to find. I don’t recall everything about that day, but it still holds some significant space in my personal memory bank. What I learned that day, not so much.

That was one of my first takeaways from my online dissection attempt. There was a real opportunity to learn here. There would be step-by-step explanations.

There are plenty of options available on the Internet, but many online users had good things to say about Froguts. (It took me a little while to clue into the company’s clever name…frog guts.) But

Froguts offers a free demo that’s worth trying if you want to experience virtual dissection.

The three-dimensional graphics are impressive, and with a little mouse movement the user can rotate the frog and tilt it from side to side.

Information on the screen explained what I was looking at, and by hovering over different areas such as the nare and tympanum, I was told a little about some of the frog’s features and how they work. I didn’t get that on my old high school photocopy instruction. Did you know that on bullfrogs the tympanum actually amplifies their croaking sound? I learned that here.

When you are ready to start you dissection, you have a selection of tools to choose from. There is a scalpel, scissors, pins, forceps, and even more if you upgrade from the demo. I followed the directions and with my mouse, then chose the scalpel to cut the frog open. Maybe this can’t compare do actually cutting with a real scalpel, but it does require the user to be accurate. Once three cuts are made, the user can select pins and—again with the mouse—pin back the skin to see inside. Scissors are required to cut the thorax.

By hovering the mouse over different areas of the frog’s anatomy, the user can identify different organs and learn their role in the frog. Through the Froguts programs, the user is directed on a step-by-step level.

Finding certain organs—such as the bladder and small intestine—was simple enough, but I had a difficult time finding the lungs. They weren’t where I thought they would be.

As you continue, you learn more about the organs and the skeletal and respiratory systems, but ultimately it prompts you to purchase the full program to proceed.

With the full program, you can take your dissection skills deeper into the frog, discover information about circulatory and reproduction systems, and Froguts also offers the opportunity to virtually cut into a squid, starfish, cow eye, fetal pig, and other common classroom dissection species.

It can be pretty graphic—and that’s a good thing. Realism is what makes programs such as these worthwhile. And if your stomach can’t take it, you can always stick to Cavity Sam. Surely he’ll be hiding out at some yard sale or thrift store in your neighbourhood.

Bill Hodgins is a Peterborough-based communications specialist, a former journalist and a father of three.

2 Comments on Ethics and economics 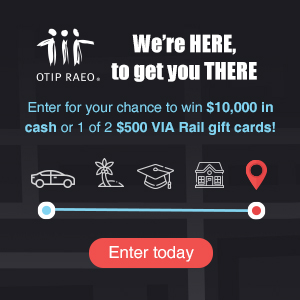